Whilst at PeopleFluent I lead the redesign of a legacy learning management system used by over 300,000 people worldwide, helping to modernise and optimise the product for a new generation of users.

The PeopleFluent LMS is used by some of the world's biggest companies in the aviation, automative and pharmaceutical industries offering a learning management system that is able to meet the complex legal compliance requirements of highly regulated industries.

The LMS had a huge user base, but extremely poor feedback from clients in terms of usability and our job was to understand the problems with the product and optimise the experience for a more discerning modern user base.

We started with 10 in depth qualitative interviews with users representing key segments where we unearthed some striking problems with the product including:

User research was then turned into a set of personas we used throughout the design work to inform our decisions and reference. In total we had four personas, one of which you can see below. 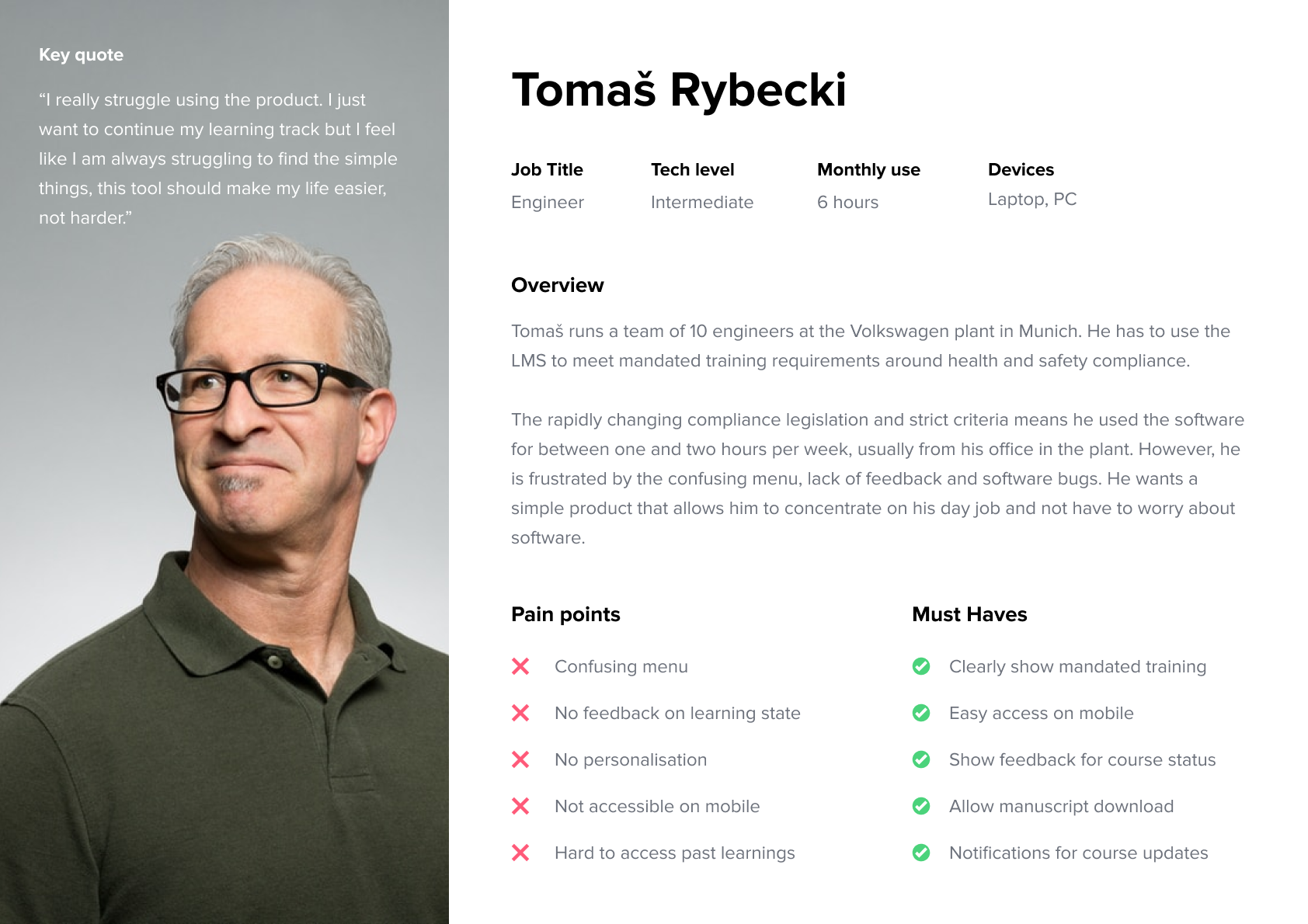 After finding some of the key issues, and understanding user needs better we began prototyping improvements and improving the interface and interactions to mitigate some of the problems we had earlier found.

We started at low fidelity, getting feedback from clients before optimising and refining the prototype over several feedback sessions. Below you can see the progression of some of our screens.

Our first deliverable was a clickable prototype that supported the key user flows we had identified.

Working with our research participants we arranged a round of usability testing to understand the efficacy of our new design and gain feedback for further improvement. Overall the feedback was overwhelmingly positive. By introducing clearer feedback, and removing extraneous information users found the new prototype vastly more understandable than the legacy product.

Many changes have now been implemented in the product and are being utilised by thousands of global users.

At ChemAxon I helped to design one of the world's first web based bio chemical sketchers.

Let's have a chat

If you're interested in collaboration, or just have a random question about the best way to make tea, I'm happy to hear. Just shoot me a message using the button below.